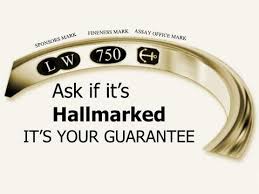 UK hallmarked gold is not an issue as the Assay office test every part of every gold jewellery item and when satisfied that the gold, whether it is 9 carat,18 carat, 22 carat Gold, meets the rigorous requirement on all parts of the tested gold item, they give a full hallmark.

It is an offence for a retailer to sell any product made of gold, silver or platinum in the UK unless it has been hallmarked, read more below.

But we do buy unhallmarked items and we do often get strange results. Items that are not hallmarked yet bought in the UK do not meet  the legal requirement for a gold hallmark often because they fail to reach the required purity of gold,in every partof the item, ie the Assay office, an independent Government body, refuses to give a hallmark.  The mark 22ct or 18k etc is not a full hallmark.

The same problem is true for gold and silver jewellery items bought outside the Uk in countries where the assay test is not as strict as the Uk assay, ege Turkey, Italy, UAE and so on.

We have included some photographs of our XRF spectrometer analysis of gold that was meant to be 22 carat. It is not our fault if some Asian shops in the Uk and overseas gold sellers cheat on the gold purity in their items. 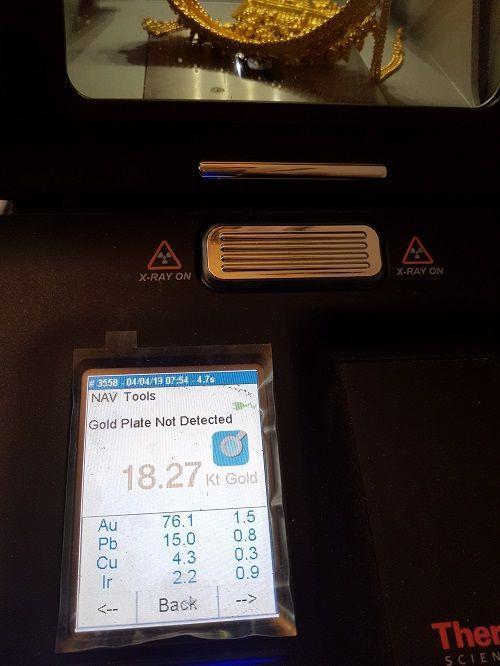 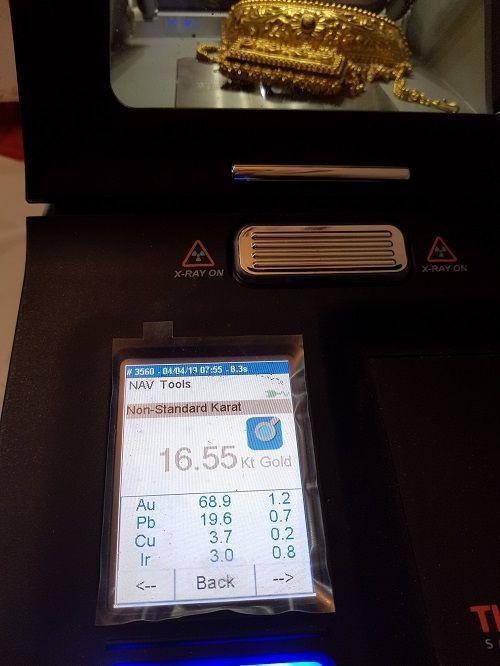 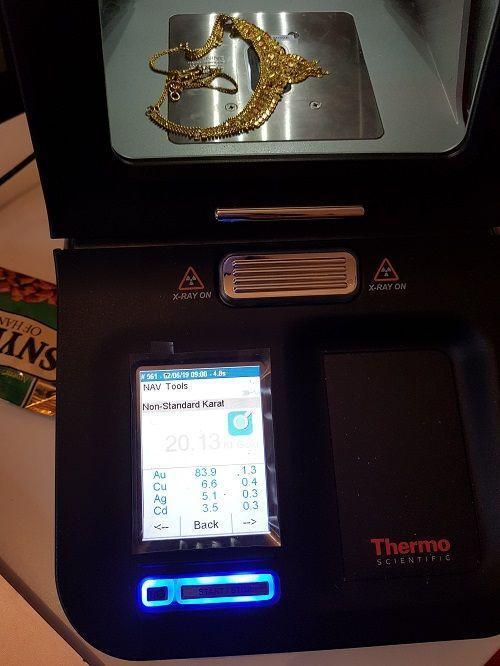 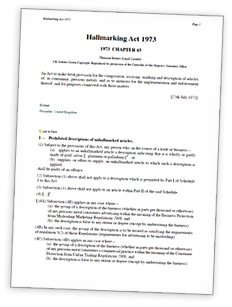 1973 The Hallmarking Act
The 1973 Hallmarking Act was the culmination of a very lengthy and complex process involving over 30 statutes relating to hallmarking, some of which had been adjusted or partly repealed. Many included requirements inappropriate to the new economic and social situation. An overhaul of legislation was well overdue.  Eventually the Hallmarking Act 1973 was passed, championed by Jerry Wiggin MP, a descendant of a Birmingham family associated with the Assay Office for generations.

Nowhere else in the world are consumers more highly protected than in the UK. The UK is one of only a few countries in the world that have compulsory statutory hallmarking. This means that every item sold as precious metal, ie gold, silver, platinum or palladium must have been tested and hallmarked by an independent third-party Assay Office to guarantee that the precious metal is of the fineness stated.

The law applies to everything SOLD in the UK , regardless of where it may have been manufactured.  The only exemptions are items which fall beneath the specified weight thresholds which are 1 gram for gold, 7.78 grams for silver, 0.5 grams for platinum and 1 gram for palladium.

Sell My Gold Jewellery For More Than Scrap

How To Sell Your Silver To Us

Find Us About/Contact Us  email us

Proud to be funded privately and with the help of